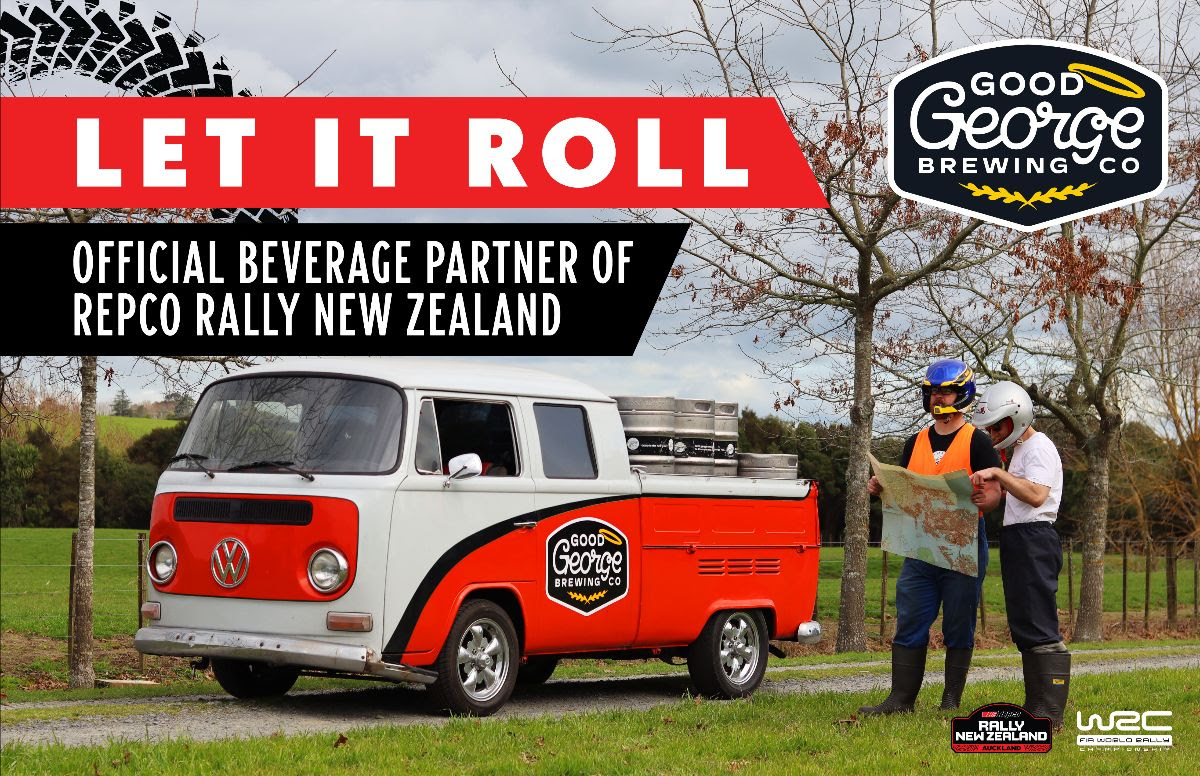 Good George Brewing is proud to be the official beverage provider of the Repco Rally New Zealand World Rally Championship event in 2022.

Coming hot off the back of a trophy win and medal haul at the NZ Brewers Awards, Good George is thrilled to bring its award-winning brews to crowds of rally enthusiasts later this month.

Founded in Waikato in 2012, Good George remains a locally owned Kiwi brewery at the forefront of craft brewing and distilling, also owning and partnering with a number of hospitality outlets around the country.

While the brewery earned its credentials in beer, Good George is now also famous for its fruit-flavoured ciders and innovative award-winning gins. 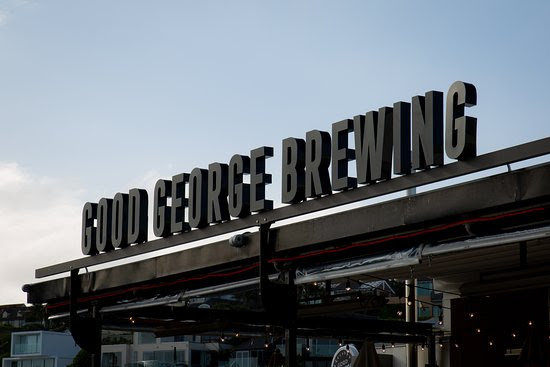 Thrilled to support amazing event in their own Waikato backyard

Co-Founder Darrel Hadley says Good George is thrilled to be supporting the four-day event which is taking place in their own Waikato backyard. Starting in Auckland on 29 September, the action then heads to Raglan and Kaipara before finishing in Whitford on 2 October 2022.

“Good George leapt at the chance to get behind the kiwi round of the World Rally Champs as the passion the rally community have for motorsport is phenomenal and that really resonates with us, mirroring our own passion for craft brewing and distilling. We have a new zero alcohol beer that has been selling really well so we’ll take the opportunity to showcase that at the event alongside our other brews,” says Hadley. 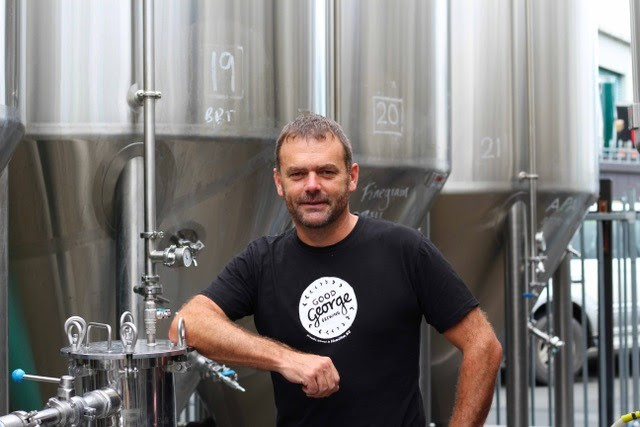 Good George has a long history of supporting large-scale events such as Fieldays, Auckland Marathon, Leadfoot Festival, and the World Masters Games.

“Good George are a logical partner because they bring such a wide portfolio of brews and their fun brand and innovative approach to brewing and events mean they will really add to the occasion. It’s great to have a kiwi brewery supporting us to bring this global event to Aotearoa.”

Official bar of the World Rally Championship in Auckland

Returning to New Zealand after a ten-year absence it’s sure to be an action-packed weekend. Those looking to soak up the action can head to Good George North Wharf, the official bar of the World Rally Championship.