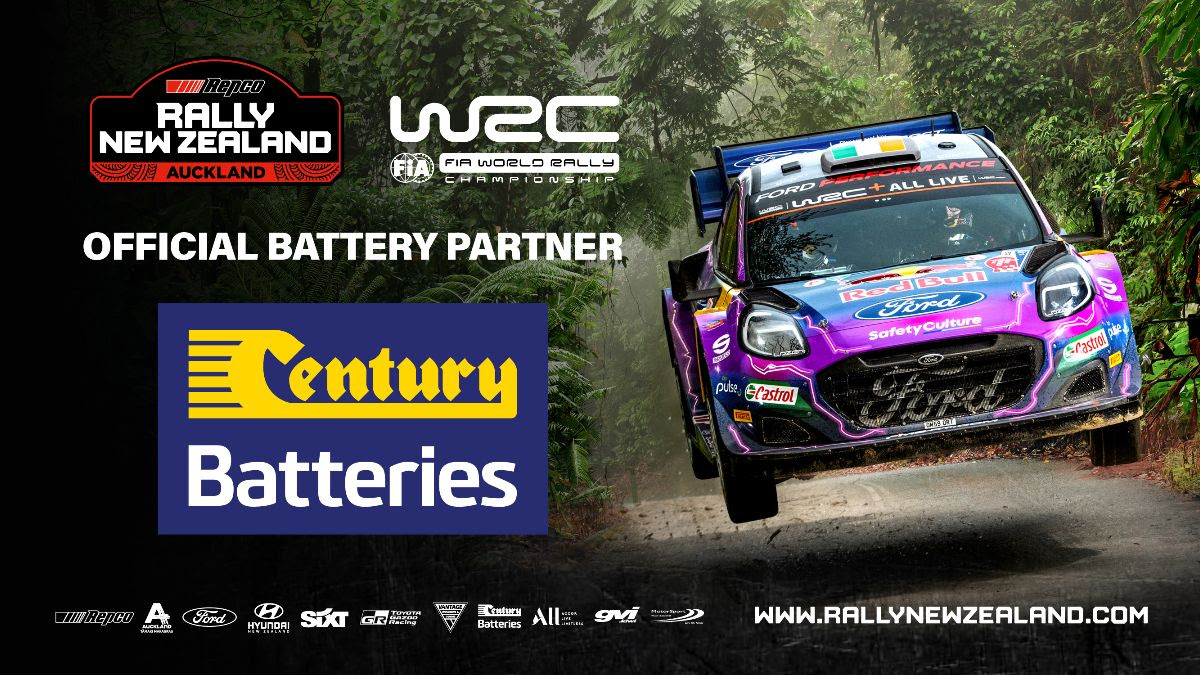 After 10 long years away, the FIA World Rally Championship has returned to New Zealand, and this time it is powered by one of New Zealand’s most popular battery brands.

Century Batteries has jumped on board as the Official Battery partner of Repco Rally New Zealand for 2022, in what is set to be an action-packed and adrenaline-filled 4-day event centred around Auckland and Waikato regions.

Stu Stanners, General Manager of Century Yuasa believes international events participating on New Zealand soil should be supported and celebrated not only by the general public but also by local industries.

“Kiwis are getting around the Repco Rally New Zealand after such a long hiatus, so we are proud to be supporting the New Zealand round,” says Stanners. “This is a great moment for Century Batteries to be getting behind such an iconic World series and one that we have big plans for.”

Repco Rally New Zealand CEO, Michael Goldstein said they were excited to welcome onboard Century Batteries, a brand that has proudly supported New Zealand motorsports for many years.

Century Batteries has always been a staunch supporter of New Zealand motorsports, and in addition to being the Official Battery of Repco Rally New Zealand, they’ve also secured naming rights for the NZRC’s Service Park. The ‘Century Batteries Service Park’ will be located on Auckland’s Halsey Wharf, and will act as the home base for all New Zealand-based drivers during the event.

Repco Rally New Zealand organisers believe the remarkable spectating at Jack’s Ridge – which offers a full day of rally action culminating in the thrilling finale – promises to be a world-class sporting experience with exhilarating jumps and technical corners.

For tickets and information about Repco Rally New Zealand.

That's right fans have been eager to secure the best spot with priority viewing and the best parking and there are under 100 left!