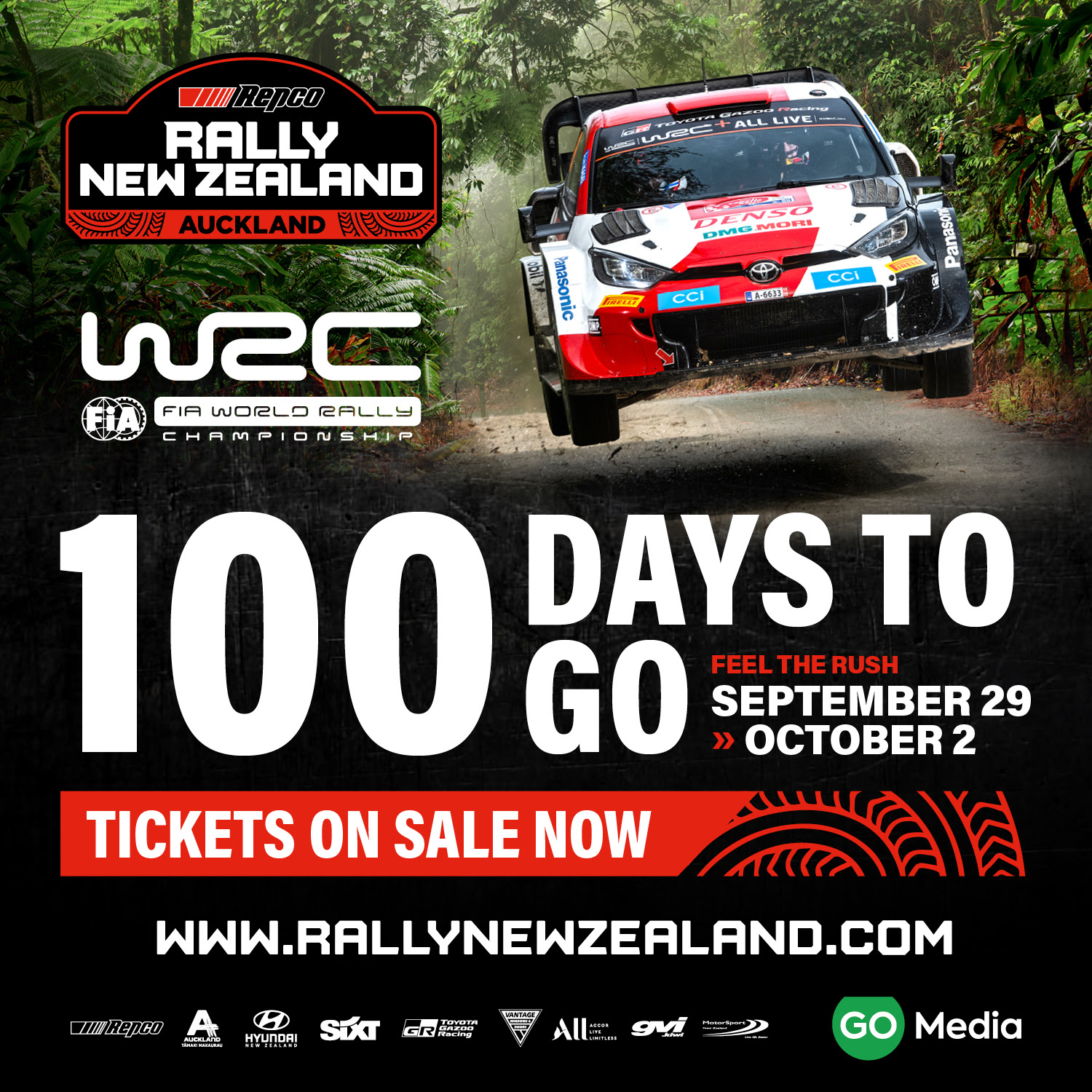 Today marks 100 days until the return of the FIA World Rally Championship to Auckland and organisers are thrilled to announce that Go Media are getting behind the event as the official out-of-home media partner for Repco Rally New Zealand.

Repco Rally New Zealand will be staged in and around Auckland from 29 September to 2^nd October with the world’s best drivers set to thrill kiwi motorsport fans in a historic homecoming of this event to New Zealand.

Go Media managing director Mike Gray said “We love to support sport and the major events that happen throughout our country and the return of the FIA World Rally Championship is a real coup, so we were very keen to get on board. It’s Formula 1 on gravel and it’s showcasing our stunning landscapes to a global audience. We’ll be promoting this across the country to drive attendance which will be a real benefit to the tourism and hospitality sector after the difficult last two years.”

“Go Media are a can-do kiwi company who’ve been helping us for months now to promote the rally right across New Zealand. They’ve got great coverage across New Zealand and our early ticket sales show that the rally audience is truly nationwide.
“Go Media are part of the sporting landscape in this country and have a brilliant attitude towards supporting events that are part of our community fabric. We need companies like Go Media to support our sporting & major events ecosystem and we tip our cap to Mike and their team.”

Go Media have a nationwide network of 72 digital screens in 23 markets and over the period of 4 weeks they reach 1.2 million New Zealanders.
Today marks 100 days until the start of Repco Rally New Zealand and to celebrate, Go Media have launched a “100 days to GO” campaign on digital billboards across the country.

The 100-day countdown comes on the back of the ticket launch for Repco Rally New Zealand and the announcement that both Hayden Paddon and Shane Van Gisbergen will be competing against the world’s best drivers.

“Since we went on sale last week the Gold Passes have been selling incredibly well. For anyone interested in this week-long ticket we encourage you to get in quickly as they’re running short already.”

For tickets and information about Repco Rally New Zealand